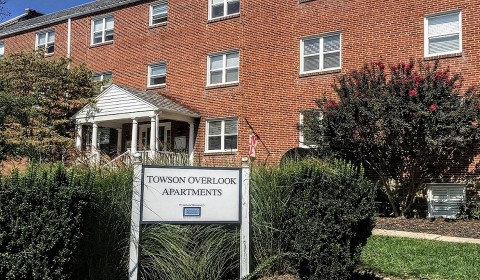 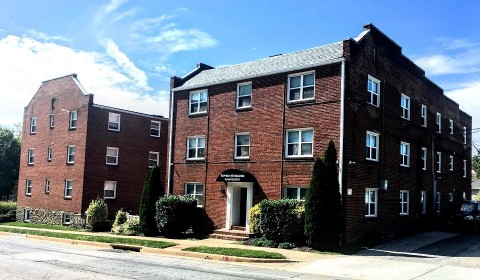 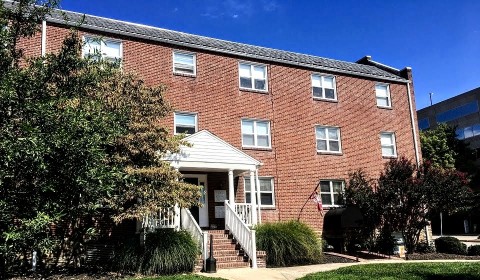 Built in the mid-1950’s, the Towson Overlook Apartments were purchased and renovated by Kittredge Properties in 2007 and they are comprised of two, three-story brick buildings totaling thirteen units. Conveniently located at the prominent intersection of W. Pennsylvania and Bosley Avenues, they are well positioned to take advantage of both the tranquility of neighboring West Towson, which is predominantly residential, and all of the amenities of adjacent downtown Towson, which is primarily commercial.

The large two-bedroom, one-bathroom apartments, which range in size from 1,100 square feet to 1,240 square feet, are crisp, clean, bright and well-maintained. They combine comforts such as recently updated ranges, dishwashers and central heat and air-conditioning with attractive refinished hardwood floors that are in keeping with the charm of the original construction. Laundry rooms are located in the lower level of each building and free tenant parking is available in the lot situated between the buildings.

Kittredge Properties also manages the apartments and takes great pride in its responsiveness and attention to detail. The Towson Overlook Apartments present an outstanding opportunity to “live, work and play” in one of Baltimore County’s premier communities.

Despite all of its modern conveniences, the community of Towson traces its lineage back to 1750 when brothers William and Thomas Towson arrived from Pennsylvania and began farming the land in the area. A generation later, Thomas Towson’s son built a large tavern on the land that has now become downtown Towson and a village began to grow around it. In 1790, the Ridgely family built the venerable Hampton estate and several other prominent area families followed suit. Construction of the original courthouse began in 1854, thus defining Towson as the Baltimore County Seat and serving as the foundation for the development of today’s Towson. Towson truly is an exciting, ever-evolving hub of county government, education, medicine, law, business and retail and it is made easily accessible by its close proximity to I-695, I-83, York Road, Joppa Road and Charles Street. For additional information about Towson, please visit the website for the Towson Chamber of Commerce.